Welcome
to your Internet Banking

For security reasons we do not recommend the communication of any banking data via email or phone.

Please note that you should not access the links contained in any message received on behalf of Moza Banco.

If you receive messages requesting information, passwords and other bank details, you should delete the message and never access the links or open their attachments. 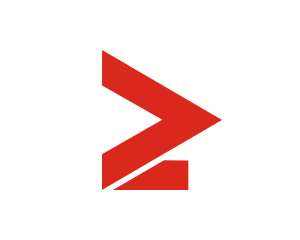 We opened our doors for the first time in 2008. In 2011, the Espírito Santo Africa Bank (BES África), the current new Bank of Africa, integrated into the shareholder structure of Moza by acquiring 25.1% of the Bank’s share capital whilst the Mozambique Capitals (the founder shareholder) retained its position as the largest shareholder with participations of 51%. Still in 2011, the prestigious magazine, "The Banker", of the Financial Times Group, ranked Moza Banco as the fifth bank in Africa with the fastest growth in relation to assets. Already in 2013, the shareholder BES África (now New bank Africa) acquired more 23.9% of the share capital of Moza, going to hold 49%. Inspired by the success and the favourable environment of economic growth in Mozambique, we look to the future and see new possibilities. We, then, started in 2014, an expansion program, in order to increase accessibility to our services and be closer to our customers and the general public, assuming the challenge of becoming the "Universal Retail Bank" of reference in Mozambique. In the same year, in 2014, the prestigious publication "Global Banking and Finance Review" awarded Moza as the commercial bank operating in Mozambique with the fastest growth in the year 2014. At the beginning of 2015, the prestigious magazine, "Banker Africa", considered Moza as the most innovative bank in southern Africa. The bank secured total national coverage, marking the presence in all provinces of Mozambique. At the end of 2015 the bank, as consequence of the conjuncture and an adverse economic performance, presented the first signs of lower stability of its economic and financial performance. In September 2016, as a result of the continued degradation of economic and financial indicators and the prudential situation of the Bank, the Central Bank of Mozambique intervened at Moza Banco, with the aim of protecting the interests of depositors and stakeholders, having appointed a Provisional Board of Directors who undertook the necessary actions to recover the activity and rescue the Bank's trust in the sector and market. In June 2017, under the bank's recapitalization process, Kuhanha (Management Company of the Bank of Mozambique's Pension Fund) became part of the bank's shareholder structure, having injected the capital of MZN 8.17 million, corresponding to a participation of 79.3%. It should be noted that after the increase in capital, Moza Banco re-established the levels of prudential ratios, with the regulator on 28 July 2017 determined the end of the extraordinary sanitation arrangements imposed on Moza Bank, and on the same date, the shareholders in the General Assembly appointed the new social bodies and the Bank resumed its normal operations with its own bodies; In December 2017, the shareholders of Moza Banco carried out another Capital reinforcement operation in the amount of MZN 3.542 million, thus providing greater resilience and sustainability to the Moza business model, in line with the 2017-2021Strategic Plan. As a corollary of the recovery strategy initiated by the bank in 2018, we were distinguished by KPMG, as the institution that registered the Largest Variation of Turnover in the Financial and Insurance Sector in 2017, under the 20th edition of the research of the 100 largest companies in Mozambique. In December 2018, Arise, became part of the shareholder structure of Moza, with a participation of 29.80%. Also in December 2018, Moza acquired 100% of the shares of Banco Terra Moçambique (BTM), thus, in the near future the merger between the two institutions will take place. The successful reorganization and financial restructuring program implemented by the bank, after the intervention of the Central bank, and which allowed Moza to reposition itself among the 5 largest banks in the country, was in 2019, the target of recognition by the magazine "The Banker "– A prestigious international publication of specialty in the financial field, of the Times Group, which warded Moza for the ‘’Deal of the Year 2019 for Restructuring in Africa ", that is to say, the best financial restructuring operation of the year 2019, at the Level of the African continent. Moza currently has the 3rd largest distribution network consisting of about 72 business units spread throughout the country and intends to continue to grow, solidly and sustainably, with the aim of providing financial services to a market of increasingly extended customers.
Read More 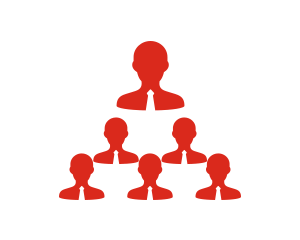 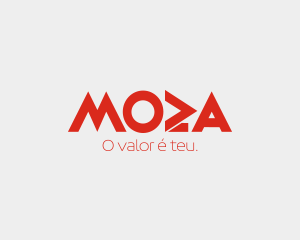 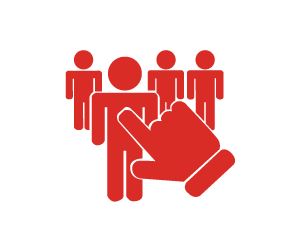 Join our team Moza is a benchmark in the banking sector. I am an innovating, dynamic and ambitious Bank. If you enjoy challenges and you are a good team player with creative and leadership spirit and you are looking for a career in Banking, join us in this Project. Send us your application. Click on “Submit Application" and fill in the form. If an opportunity comes up that meets your academic and professional profile, we will contact you.   Note: fill in all the mandatory (*) fields to go to the next page.
Read More 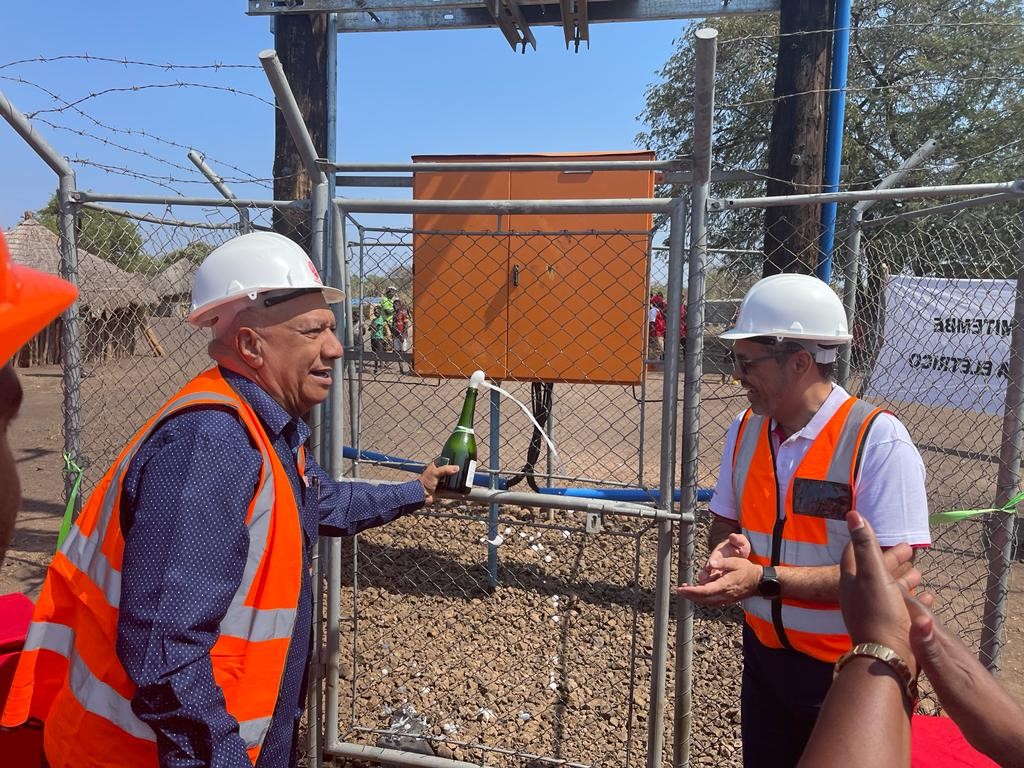 Moza brings electricity to the population of Nhamithembe in Marínguè

The Governor of Sofala Province, Lourenço Bulha, inaugurated on Monday morning, a Power Transformer Substation (PT) in the District of Maringue, funded by Moza, as part of its social responsibility programme.

The inaugurated infrastructure is located specifically in Regulado de Samater in the Nhamithembe Village, in the region and will benefit over two hundred families and several local public infrastructures.

Moza’s support for this cause arises in response to a request from the District Government expressed at the time the Moza branch was inaugurated in that District, in March of this year, an event led by President Filipe Nyusi. Made aware of the issue, and recognising the importance of the provision of electricity for economic and social development, the Bank unreservedly attached itself to this initiative.

“We would like to thank Moza Banco for promptly responding to our request. The inauguration of this PT is proof of the Government's efforts for the expansion of socio-economic infrastructures with the objective of leveraging the productive capacity and bringing well-being to the people, with greater focus on rural areas. The arrival of energy to the population of Nhamithembe means the materialisation of one of our goals, namely the placement of infrastructures that boost productive activities, job generation and an improved quality of life for our population,” Lourenço Bulha said.

The inauguration ceremony was witnessed by the CEO of Moza Banco, Manuel Soares, who highlighted the importance of the infrastructure for the local population and reiterated the Bank's commitment to actively contribute to the social and economic progress of communities, particularly in the regions where the Bank has a commercial presence, such as the District of Maringué.

“As we identify with the issue, we have made efforts and mobilised the necessary resources to make this dream a reality. The Bank expects that the electricity system just inaugurated will help boost economic activity in this village and attract other essential services whose installation was dependent on the availability of quality electricity,” he indicated.

The Bank also took advantage of the event to proceed with the donation of agricultural seeds to local farmers, with a view to strengthening the productive capacity of Maringue District for the 2022/2023 agricultural year that begins this October. 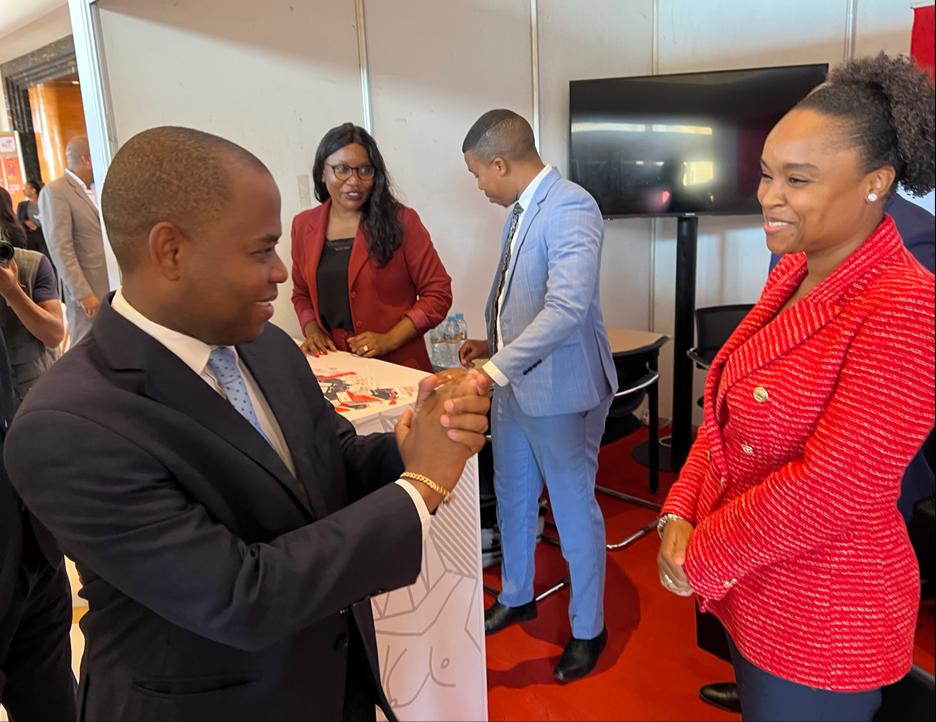 The 9th National Entrepreneurship Conference took place between the 17th and 18th of November at Maputo Afecc Gloria Hotel, an event promoted by the National Association of Young Entrepreneurs with the support and participation of our Moza.

Under the slogan "The Future we want: Increased Productivity for Economic Recovery", the event saw over 3,000 national and international participants, including representatives from the private sector, Government, Embassies and NGOs who over the two days of the Conference debated strategies for investment in technologies for greater resilience, improvement of the know-how and capacity of workers, access to capital and international trade platforms.

On the occasion, the Secretary of State for Youth and Employment, Osvaldo Petersburg, representing the President, welcomed the organization of the event and appealed to the partners to continue to believe more and more in young people, "keep believing because young people are living the future today. With them you can only benefit, and I am sure that it is a worthwhile investment that you are making".

Moza was represented by Edson Pandze who participated as a speaker at the panel under the topic: "Access to Financing for Young Entrepreneurs".

At the venue, Moza made a stand available to all participants where there was an exhibition of products and services of the sponsoring companies which was run in parallel.

Moza’s participation in the conference was an opportunity to announce the solutions that the Bank offers to leverage companies' business, establish commercial and institutional partnerships, as well as generating awareness and exposure for the Moza brand. 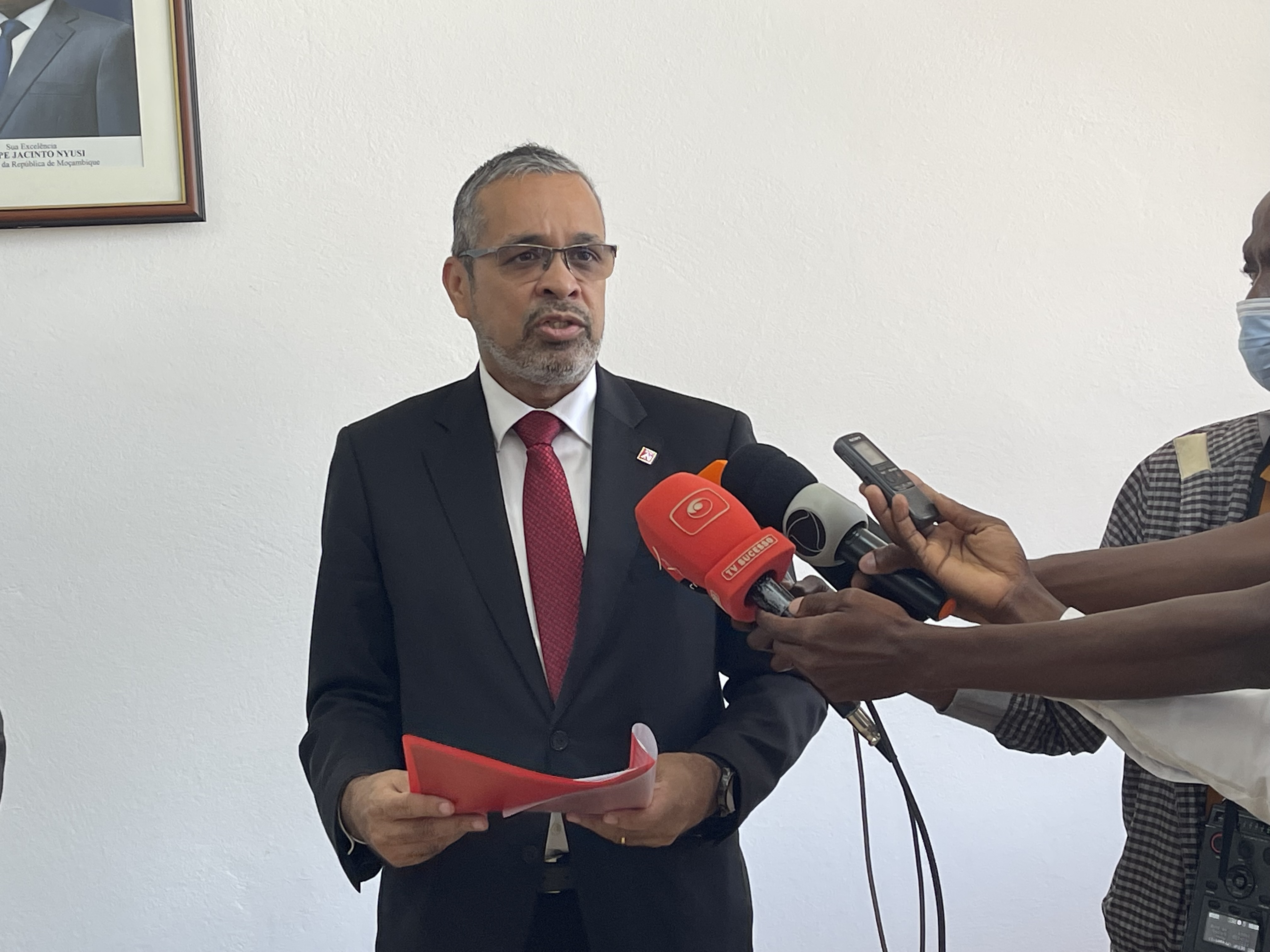 Moza Banco has recently delivered, through the Zambézia Secretary of State, several pieces of IT equipment composed of Desktop PCs, which are intended to equip local institutions, namely: the Quelimane Institute of Health Sciences, the Quelimane Teachers Training Institute and Rádio Maria radio station.

Moza's action is in line with its social responsibility policy and is part of the efforts that the Bank has been undertaking to contribute and meet the needs institutions most in need.

Speaking moments after receiving the equipment, Judith Mussácula, Secretary of State for Zambézia Province, said that “the availability of the material donated by Moza Banco, will be of added value because it will contribute to improving services provided by the beneficiary institutions and in general in the training of students.”

For his part, Moza Banco’s CEO, Manuel Soares, said that “due to the nature and vocation of the beneficiary institutions, we remain hopeful that this equipment will contribute towards strengthening their technical and technological means with a view to improving the quality of the training courses they provide. We appeal to the direct beneficiaries to make good use of this equipment, so that it can effectively serve the purposes for which it was allocated.”